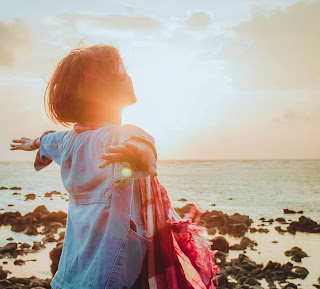 I was woken up early this morning with the numbers 711.  I looked it up in the Strong's concordance and it means "best".  Not much there. I see even now as I start to write this devotional it is exactly 7:11am. I went to bed crying last night, thinking about what is presently transpiring in the USA.  I was thinking of my brothers and sisters and just all the uncertainties that they are surrounded with. Troubling times indeed and no one is exempt from the outcome and repercussion of the decisions that will be made from the powers that be.

I decided to have a further look into the number 711 and saw that it comes from the word "boulé", which means counsel, deliberate wisdom and decree.  The description is as follows:

1012 boulḗ – properly, a resolved plan, used particularly of the immutable aspect of God's plan – purposefully arranging all physical circumstances, which guarantees every scene of life works to His eternal purpose.

This level of God's plan (1012 /boulḗ) demonstrates He is the Lord of history, i.e. always in charge!

[1012 (boulḗ) is more than God's immutable plan of physical circumstances. It always also includes the Lord's purpose in them – and hence arranging all the physical scenes of history before creation (Ps 139:16; Jn 1:3).]

From the above we can conclude that He is saying that nothing can ever happen to us without Him prior knowing that it will and that it has an eternal purpose. I know that in our programming through the years joy has been equated to happinness, but the two are vastly different.  Happiness is dependent on circumstances, and joy is not.  It is in our times of testing that we are told by James in the first chapter of his letter that we should count it all joy when we go through various trials and testings.  Such wisdom to this world is absolute absurdity!  I think we sometimes personalise the scriptures we read that we forget the context it was written in.  James wrote this letter in a time of great persecution.  The church  were running for their lives and were dependent on each other for provision by the grace of God.  They were in the extremity of the faith.  Faith ultimately tested, and yet James said, "Count it all joy".

How does one obtain this joy that is not dependent or affected by your circumstances? The joy of the Lord is our strength.  In Hebrews 12 we read the following:

1.Wherefore seeing we also are compassed about with so great a cloud of witnesses, let us lay aside every weight, and the sin which doth so easily beset us, and let us run with patience the race that is set before us,

2 Looking unto Jesus the author and finisher of our faith; who for the joy that was set before him endured the cross, despising the shame, and is set down at the right hand of the throne of God.

In verse 2 we can see what was set before His eyes...joy.  Joy was set before Him so that He may endure the cross.  Does this mean He was laughing on the cross?  No, but there was a looking beyond the cross. The joy of returning to His Father and the joy of being seated at His right hand, the joy of the inheritance, and the joy of fulfilling the purpose He came was sent to fulfill.  I am sure there were more.  He saw what He had to endure in the light of what was to come.  It is an escatalogical seeing.  It transcends our present circumstances in order to strengthen us to endure.  In Hebrews 11, the faith chapter as it is known, we have a list of those witnesses that have gone before us.  They not only experienced amazing miracles, but great persecution at that time.  In verse 34 and 35 we read about the very real friction and testing that lies between persecution and having the joy of the Lord.

34 Quenched the violence of fire, escaped the edge of the sword, out of weakness were made strong, waxed valiant in fight, turned to flight the armies of the aliens.

35 Women received their dead raised to life again: and others were tortured, not accepting deliverance; that they might obtain a better resurrection:

This does not mean that they never experienced the anguish and sorrow of the persecution they endured, but our attention should be on how it possible for them to endure. It states that they might obtain a better resurrection.  There it is again...a future prospect.  A hope of resurrection, glory and reward unspeakable!  They were mostly running for their lives and had to be there for each other to encourage each other and to remind each other of their glorious future.  They had to think on these things and when they did, it ilicit a response of joy that transcended their dire circumstances.  We are soon to find ourselves in these very same situation and will our joy be full as Jesus says in John 15?  Where will we get this joy in the Lord?

This joy is a component of resurrection life and with resurrection their always has to be a death.  Jesus died a cruel death on the cross, but the Word says He was the Lamb of God slain before the foundation of the earth.  His death on the cross was the expression of His death before the foundation.  What I mean by that is that there was a very real death that He died when He came to be the Son of Man.  His Divine attributes such as being omnipotent, omniscient and omnipresent had to be left above so that He as the Patterened Son could show us how to walk in full obedience and dependence on the Holy Spirit. Not only that, but we need to consider the relationship He had with Father before He became the Son of Man.  God's very own Son having to leave the uncomprehensible dinamic of their relationship, both the Father and the Spirit.  This is far above and beyond our comprehension.  Why?  Why would He do this for sinners such as us?  Yes, He loved us, but even then before He came...the joy was set before Him.

There is a joy that transcends all circumstances and it is only found to the degree that you have left all.  For whatever you are still bound to will ultimately have a place in your heart.  Whatever you are bound to will cause pain when it is taken away.  Whatever you are still bound to whether it be your rights, your family, your friends, your appetite, your country, your husband or wife...these things when not placed on His altar, will cause you to be present minded and not eternally minded.  You will be a victim of your circumstances and when it will be time for you to go on from that which was taken from you, and it will be taken, how will you be able to go on and move beyond it?

I am reminded of a time when I was going through one of the most difficult seasons in my life.  I was right in the middle of such emotional pain and there was no end that pain. I remember driving somewhere and crying, but from out of my innermost being came such a song of praise to the One who giveth and taketh away.  I worshipped Him drenched in pain, but with a song in my heart that could only come from the joy of the Lord.  Yesterday a friend spoke to me about her brother whom she loved dearly who died on Sunday.  She was so heartbroken and I could hear the heaviness over her.  But she ended her message with a spontaneous prayer of thanksgiving and so much love for our Father.  I have to tell you that from my experience, the joy of the Lord is not only our strength, but one of thé most powerful forms of spiritual warfare.  It absolutely breaks chains and fetters to smithereens!  The enemy cannot compete with a joy that transcends all the pain and persecution he can enforce upon us.  They scatter in the midst of the praises of God's children!  In our utter weakness, His strength is made perfect in us and we can boldly and authentically then proclaim that "I am more than a conqueror (victor) through Him that strengthens me!"

Our joy, not happinness, is directly in proportion to our complete surrender, just as happiness is in this world in proportion to how good your circumstances are.  In the time to come not only our testimony and the words we speak will be a light unto this world, but our joy...for there will indeed be sorrow and mourning.  I can only admonish you by the Spirit of God to make earnest with that which you still find yourself bound to.  The night is upon us where we will no longer be able to hide behind masks, even if we are forced to wear them on our faces...what will they see in your eyes?  They will have a overwhelming hunger and thirsts for the real thing.  We have a joy set before us and it would behoof us to meditate on regularly, for in the last days extremities, the joy of the Lord is our strength.

19 And when her masters saw that the hope of their gains was gone, they caught Paul and Silas, and drew them into the marketplace unto the rulers,

20 And brought them to the magistrates, saying, These men, being Jews, do exceedingly trouble our city,

21 And teach customs, which are not lawful for us to receive, neither to observe, being Romans.

22 And the multitude rose up together against them: and the magistrates rent off their clothes, and commanded to beat them.

23 And when they had laid many stripes upon them, they cast them into prison, charging the jailor to keep them safely:

24 Who, having received such a charge, thrust them into the inner prison, and made their feet fast in the stocks.

25 And at midnight Paul and Silas prayed, and sang praises unto God: and the prisoners heard them.

26 And suddenly there was a great earthquake, so that the foundations of the prison were shaken: and immediately all the doors were opened, and every one's bands were loosed.

27 And the keeper of the prison awaking out of his sleep, and seeing the prison doors open, he drew out his sword, and would have killed himself, supposing that the prisoners had been fled.

28 But Paul cried with a loud voice, saying, Do thyself no harm: for we are all here.

29 Then he called for a light, and sprang in, and came trembling, and fell down before Paul and Silas,

30 And brought them out, and said, Sirs, what must I do to be saved?

31 And they said, Believe on the Lord Jesus Christ, and thou shalt be saved, and thy house.

32 And they spake unto him the word of the Lord, and to all that were in his house.

33 And he took them the same hour of the night, and washed their stripes; and was baptized, he and all his, straightway.

34 And when he had brought them into his house, he set meat before them, and rejoiced, believing in God with all his house.

35 And when it was day, the magistrates sent the serjeants, saying, Let those men go.

36 And the keeper of the prison told this saying to Paul, The magistrates have sent to let you go: now therefore depart, and go in peace. 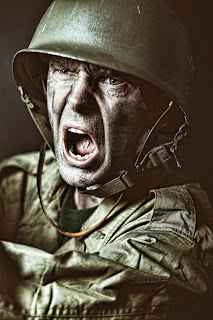